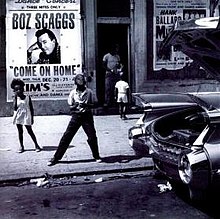 There are very few things that are closer to our hearts than the houses that we live in. And there are even fewer things that we take a greater interest in than the homes which we personally own. The actual size of the house does not matter really. It is our personal little castle on this earth.

It is really hard for us to create a house which mirrors or reflects the personality and traits of its owner where it is consistent to all of its parts and faithful to its chosen style or character and also containing over all the elements of a good design. It is no wonder that in these fast paced days, when our time is filled with so many interests, we sometimes feel like strangers in our own homes.

In a larger home we are more likely to draw our inspiration for its design from widely separate fields and we bring into them the accumulated art forms of the distant past to finally create a grand home rich in history and culture. Also, a spirit of pride and emulation is often designed into the building of a larger home.

Quite too often though, this motive to build the super ornate home demonstrates its self like the construction of a fort that separates us from our ideals and the things which we actually wanted to accomplish. Our motives were to build something beautiful and ornate but we wind up creating something large and gaudy. If the designer is not careful in his or her blending of treatments and trims, we wind up designing something that was not really a reflection of ourselves, but of something that is from someone else’s past ideas and not really what we had in mind at all.

The same can be said about the motives that influence us who are trying to design a smaller house. Fortunately, it is not true to the same extent. Firstly, more often than not, we lack the money for the super elaborate. The materials we build our home from need to be found close at hand, and for the sake of economy, they must be inexpensive. This particular influence together with a bunch of others of a similar nature force us towards the design of the smaller house which actually can be more intimate.

In American homes, especially the smaller ones, we have learned to be inventive in order to make the home more personal in nature. Sixty percent of the homes built in the United States follow the simple Ranch or Rancher design which has a very straightforward layout and can be built with economy in mind. The Rancher can also be adaptive in that it does not have to follow conventional rules. For instance, a room or two can be added outside of the rectangle which is the basic design of the building and then treatments like ornate columns, shutters, gable vents, modified roofs, etc., can be added to make the house more individual.